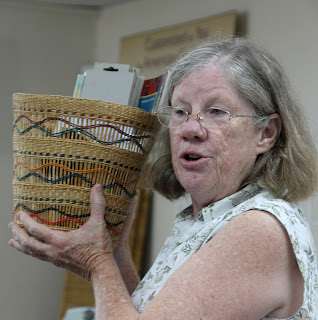 As the winner of the basket at the last meeting in June, Beth provided a basket of goodies to be raffled. 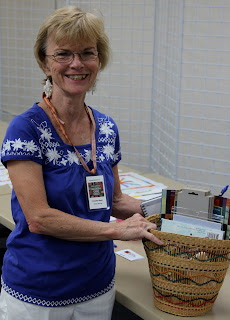 The basket was won by Zonetta. 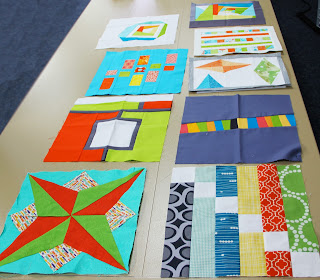 Members contributed a fascinating and colorful assortment of modern blocks for the QuiltCon block challenge.

IV. Blocks of the Month 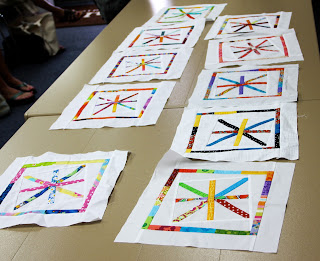 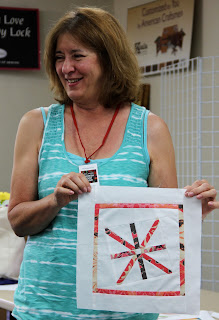 The Wonky Asterisk Blocks of the Month for August were won by Jackie. 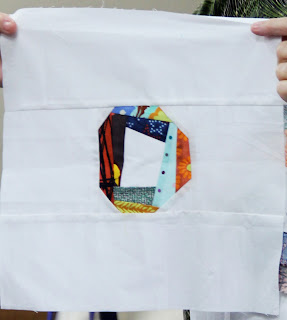 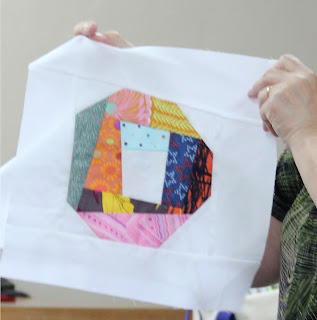 Alejandrina showed samples of her large and small wonky donut design, which is the Block of the Month for September.  A tutorial is already available online. The theme is scraps on a white background. 12.5 inches by 12.5 inches unfinished. 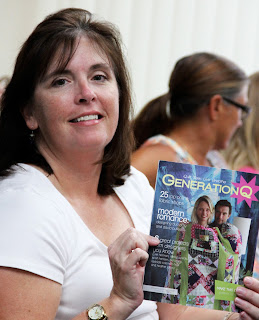 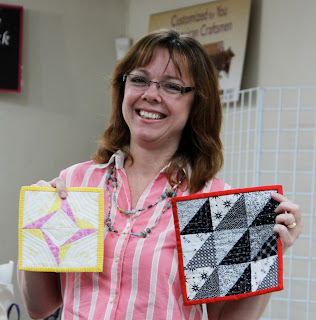 Jody showed some samples of pot holders and place mats reminding members of OMQG that she is collecting them to donate to Habitat for Humanity.

Jody also reminded guild members that AAQI is seeking additional alzheimer quilt donations for the Houston Show. Beth declared that the challenge for the September meeting was to bring an alzheimer quilt to donate. For the guidelines please read here. We have several members who can assist with the registration process.

Alejandrina announced that our next class would be on sew day, November 17th, with Carolyn Friedlander, at the SouthWest Branch (Dr. Phillips) Library of the Orange County Library System.

Beth announced that all the rest of the sew days for the balance of the year fall on 3rd Saturdays.

Lunch following the meeting was to be held at Brios in Winter Park. 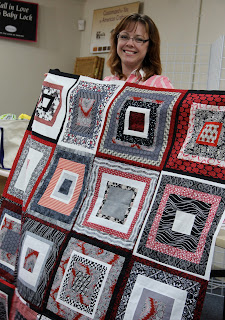 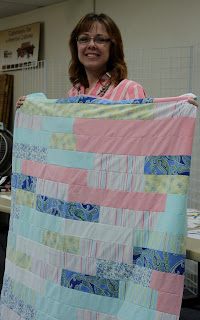 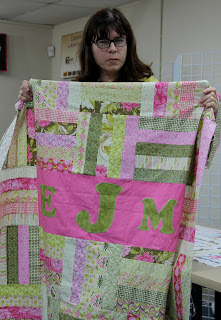 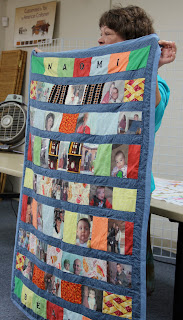 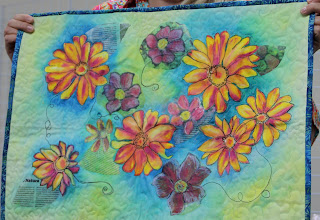 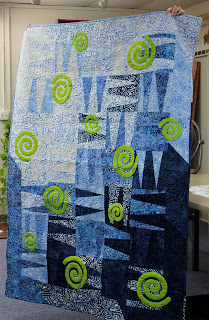 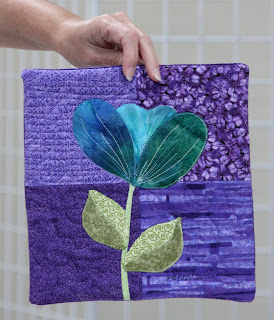 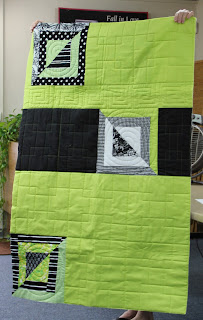 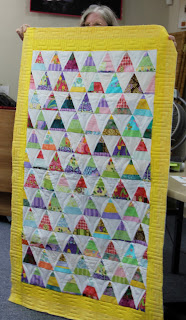 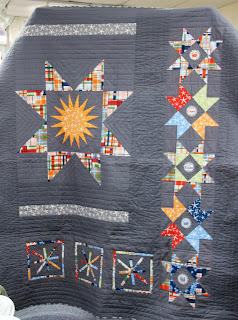 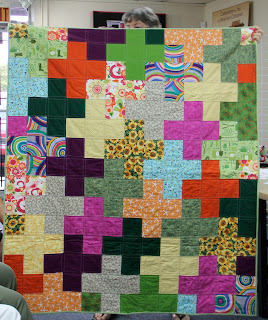