Present at the meeting- 20 members and 4 visitors 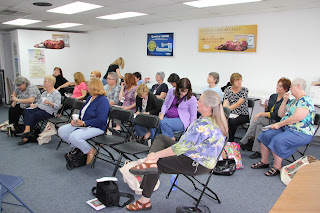 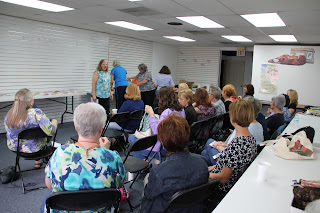 I.     Meet and Greet
This is a noisy, happy time for everyone to catch up before the meeting begins.
II.    Membership Renewal
Our year starts again every March. 16 of the attendees renewed their dues with another 4 to mail in their payments.
III.   Block of the Month 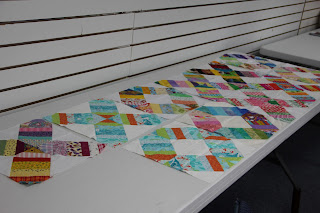 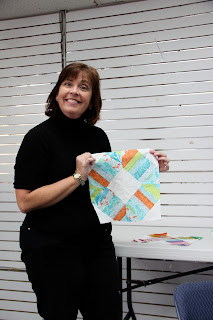 The March Blocks of the Month were won by Ede. 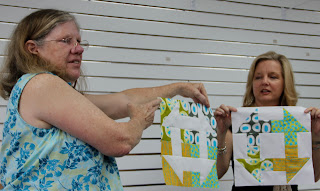 Beth and Rene show a sample of the April Blocks. They are a modern take on the churn dash which can be completed with patterned fabric on the main block pieces or alternately on the background. See Rene's  tutorial for details.

IV.   Thanks to Officers 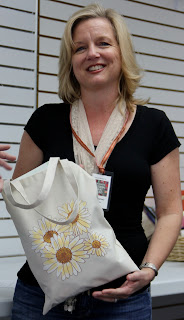 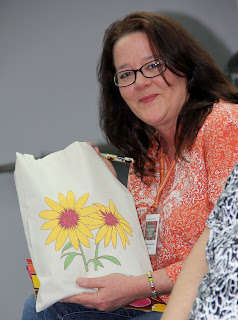 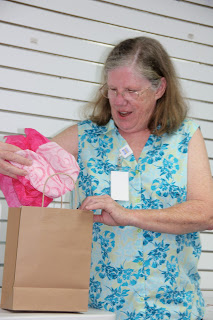 Officers were surprised with thank you gifts for their service to the guild.
V.     Raffle Basket 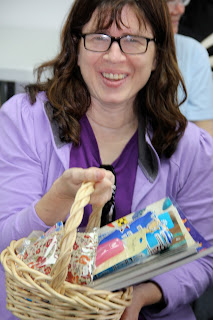 Lisa won the raffle basket.  $29. was raised with the March raffle basket. Since starting last August, the Sew Day Demos and the Raffle Baskets have contributed $303. to our education fund.

VI.   Upcoming Events
Alejandrina announced the upcoming class with Valerie Goodwin on May 9th at the Dr. Phillips Library (officially the Southwest Branch of the Orange County Library System).

Alejandrina also announced a field trip to The Quilt Place in Rockledge on April 28th.

VII.  MQG Block Challenge
The Modern Quilt Guild (or The Mothership as I have heard Rene say) has announced the first Modern Quilt Guild conference in Austin, Texas from February 21-24, 2013.  For more info on this please see the QuiltCon website.

The Modern Quilt Guild and QuiltCon have introduced the QuiltCon Block Challenge.  The challenge is to make a quilt block with the colors of the QuiltCon Logo and to design it in such a way that it reflects what modern quilting means to you. 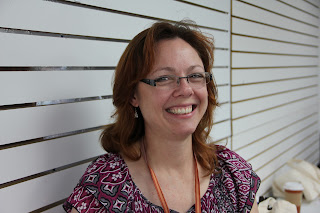 Jodi is our Charity Quilts Leader.  If you have proposals to make about charity projects please make them to Jodi who will present them to the OMQG board members.

OMQG has decided to create a quilt as a fund raiser for a local non-profit, The Comraderie Foundation.
They provide support for re-deployed or deployed personal and their families from all branches of the military. Members can choose to make an 8.5 inch unfinished sampler block or a chevron block.  See Jodi's tutorial for making Chevron Blocks.  Interested members are to bring their completed blocks to the April meeting. 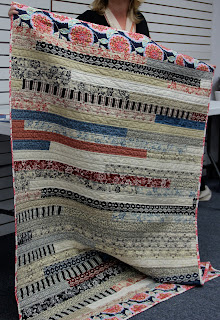 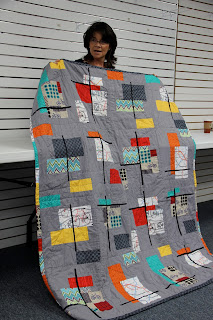 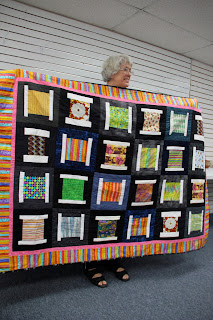 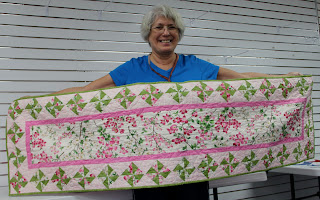 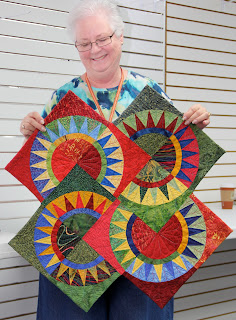 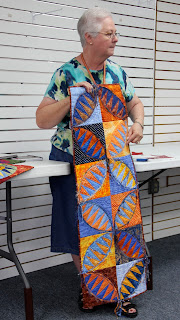 X.     Lunch Trip
About a dozen people attended lunch after the meeting at Bahama Breeze.