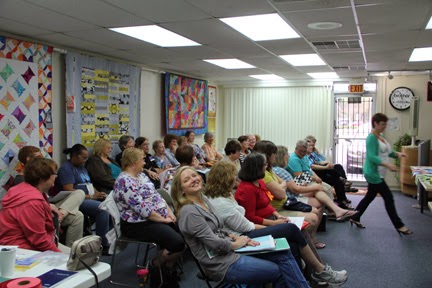 1.  WELCOME-NEW AND RETURNING MEMBERS AND GUESTS
There were 29 members and guests in attendance.
The meeting was lead by the new President, Yanick. 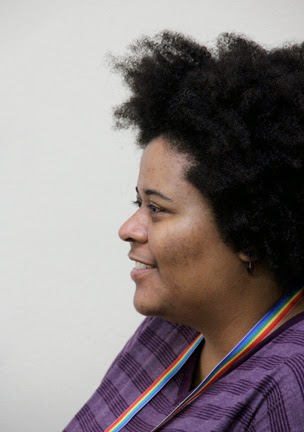 2.  TREASURER REPORT
The Treasurer's Report was given by Marge.
Dues were collected for the new year and membership pins and cards were distributed.

3.  NEW THIS YEAR
A Q & A period will be added prior to the meetings starting in April.  Members who arrive to the meeting at 9:45 can participate in discussions and information sharing on various topics.  This is optional and the official meeting time will continue to be 10 am.

There will be a UFO challenge which will be announced at a future meeting when Cara is in attendance to discuss it.

Debra introduced some changes to Show and Tell.  There is a brief form to use to indicate you want to share some items at Show and Tell time.  This makes it possible to gauge how much time can be allotted to each of the participants. There is also a place to post an item you want to display but do not particularly want to discuss.

4.  RAFFLE BASKET
The March basket was provided by Kathryn who won the basket last month.  The March winner was Zonetta. 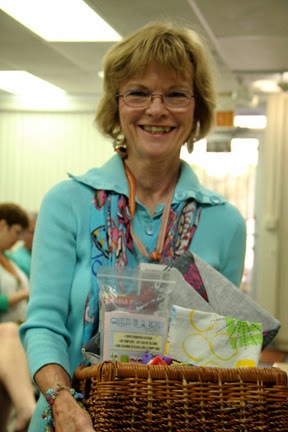 5.  GOALS FOR THE NEW YEAR
Social Media-Encouraging the use of Social Media tools especially the MGQ site and the OMQG site.
Education Opportunities such as demos, mini workshops and the classes in December with V. Findlay-Wolfe.
Mentoring opportunities-Be a mentor, Find a mentor.
Leadership Development of future officers.

6.  INTRODUCTION TO SOCIAL MEDIA
Rene provided handouts and discussed the basics of using the Modern Quilt Guild site including the both the community site and the OMQG public guild page. 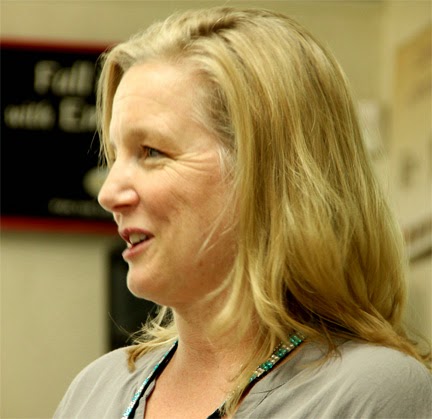 7.  INTRODUCTION TO BEES
Jodi introduced the idea of the OMQG having hives that would make and share 6 blocks each quarter.  So far 21 members have expressed interest in participating which would be enough people for 3 hives. 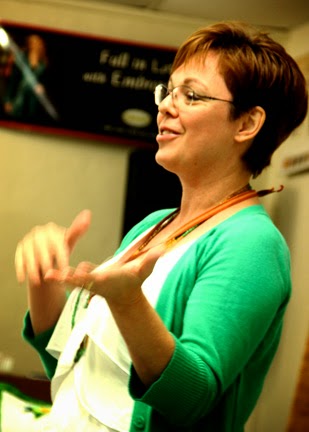 Jodi shared examples of blocks that she has received in Bees she has participated in outside of OMQG. 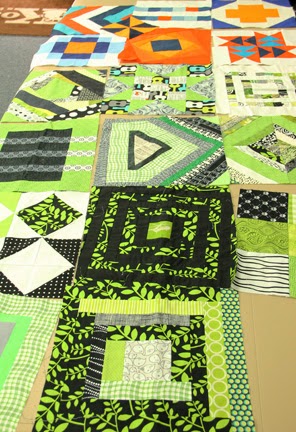 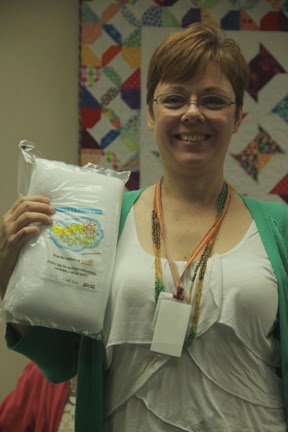 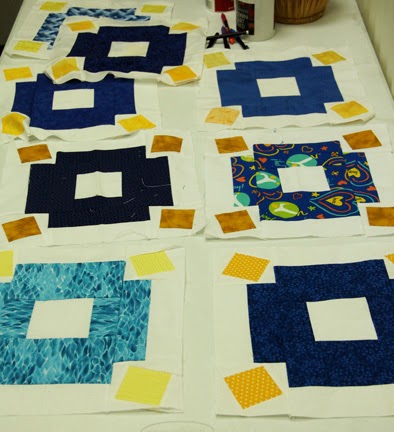 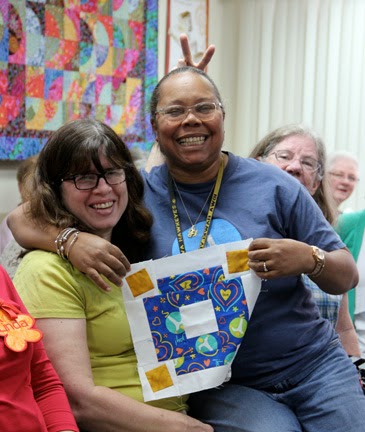 The March Blocks of the Month were won by Debbe. 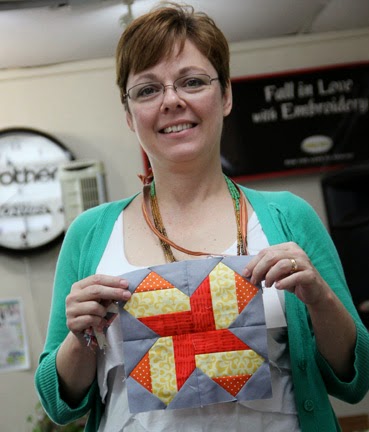 A sample of the April BOM to be made in orange, yellow and red on a grey background was shown by Jodi.  The tutorial is already available online. Please note this is a two for one opportunity.  See the tutorial for more information.

10.  FESTIVAL OF THE TREES
Debbe lead a discussion on the various member ideas for the Festival of the Trees quilt. The committee will meet soon to discuss.

11.  SWEETWATER EPISCOPAL ACADEMY VOLUNTEERS
Yanick discussed the project and reviewed some of the information she had shared previously by email.  Volunteers are needed to help at the school on Fridays. 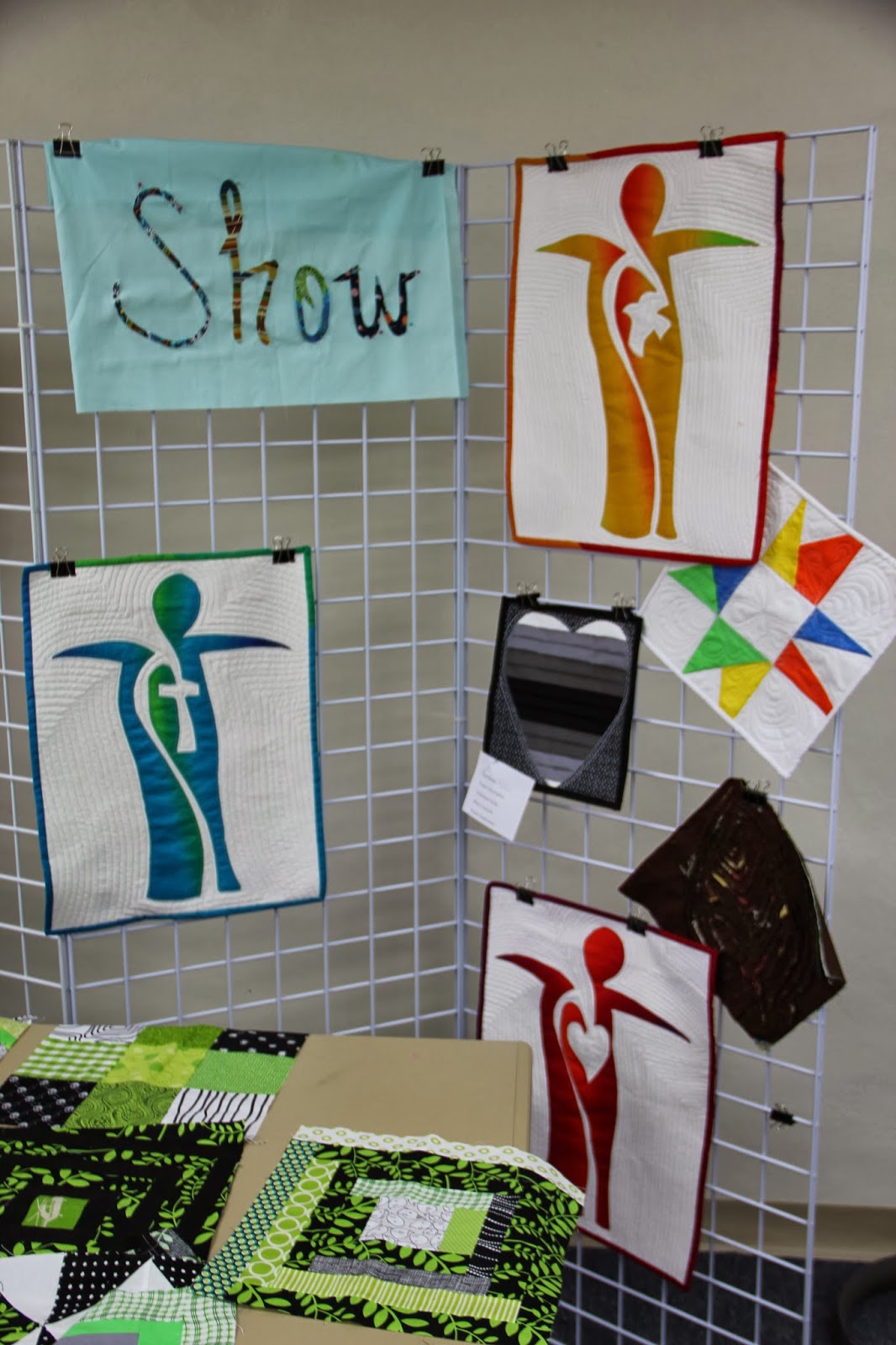 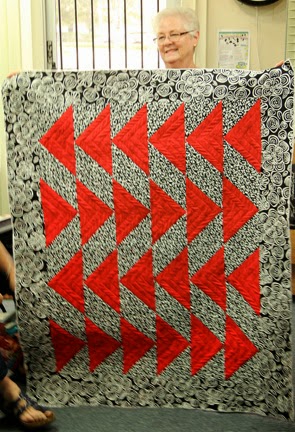 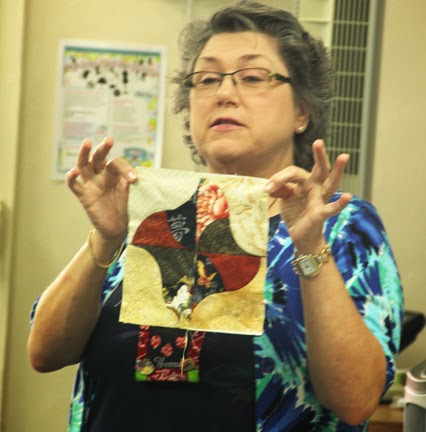 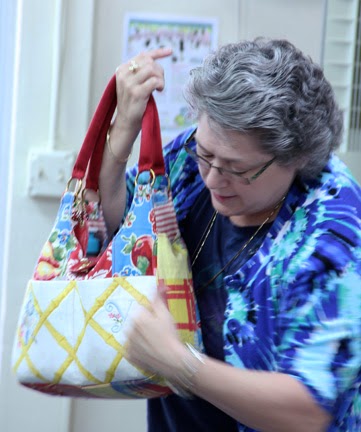 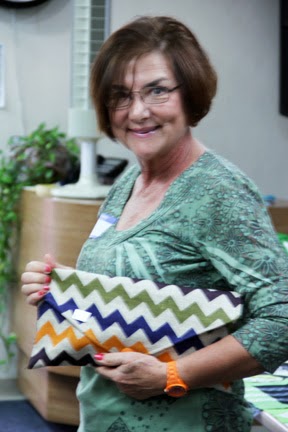 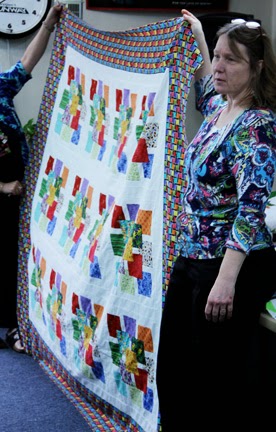 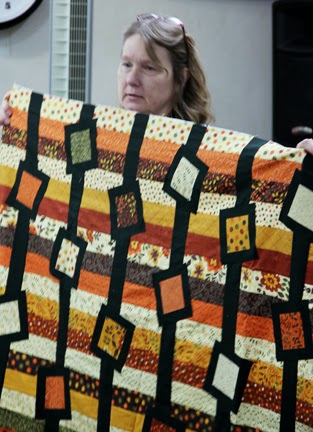 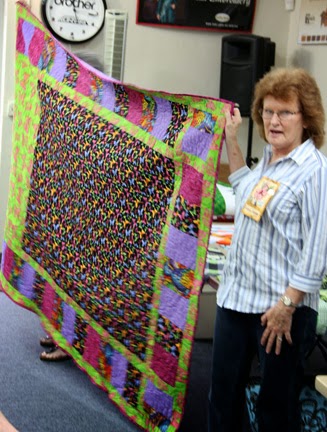 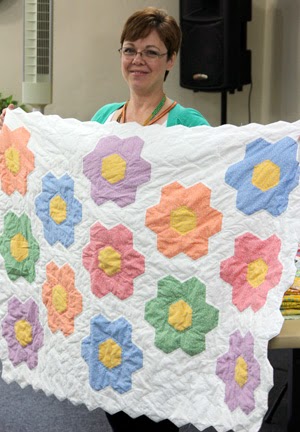 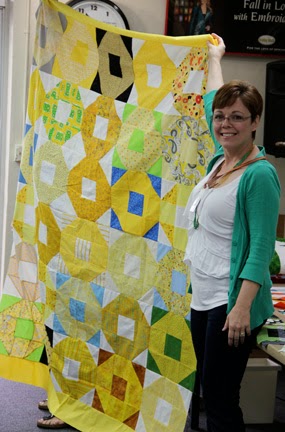 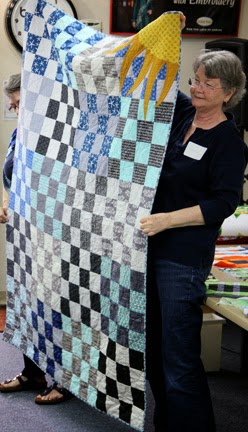 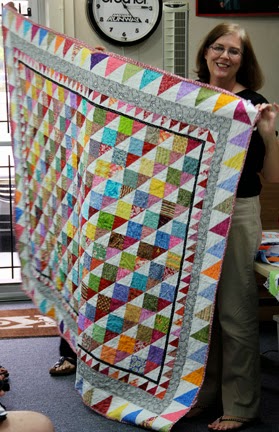 Sharlene won a door prize for having won "Wish I Had Made That." 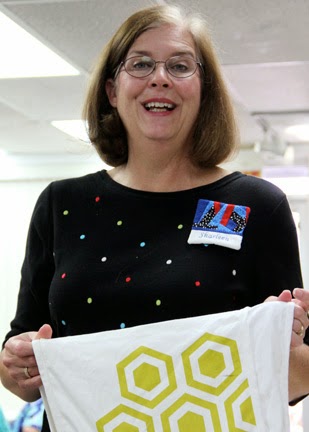