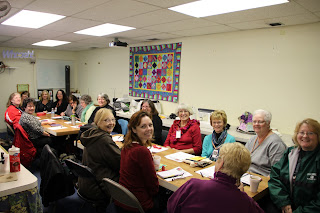 There were 17 attendees at the January meeting. 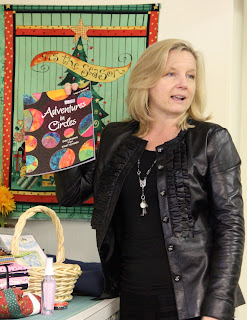 As the December Basket Raffle winner, Rene provided the Basket full of goodies for the January Raffle.   It was won by Kathryn, who will provide the February basket.  The purpose of the Raffle Baskets is to raise additional funds for guild programs and workshops.

III. Block of the Month

The January Blocks in Blue, Green and Blue Green were won by Alejandrina who promptly withdrew her name.  The second drawing resulted in Judy winning the blocks.

Rene announced the block for February. It will be a 12 1/2 inch block unfinished in a color combination of grey, navy or black with white. A sample block will be posted on the website. 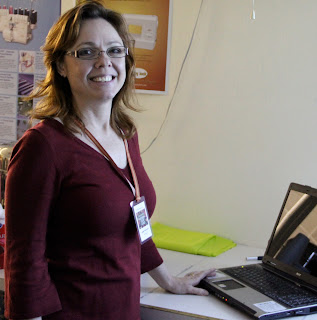 Jodi gave a very detailed and useful demo on Flickr.  She talked about the pros and the cons, how to get started, how to add your photos to groups, how to find the OMQG flickr group as well as showed how quilters are collaborating and inspiring others through the use of Flickr.  Some of the Flickr groups for quilters that she shared included Quilting Bee Blocks and Fresh Modern Quilts. We also had a brief introduction to Pinterest.

V.   Mary Sorensen Workshop
The workshop will be held at the Windermere Library on January 21.  You can arrive as early at 10 am to get set up.  The workshop begins at 10:30. If you have not signed up yet, there are a few slots left, so contact Alejandrina for information and Michele for arranging for payment.

Elections - Our guild's year starts in March, so elections will be held in February for President, Vice President, Secretary and Treasurer.  If you have an interest in or questions about a leadership position please phone or send Rene an email no later than January 11th. 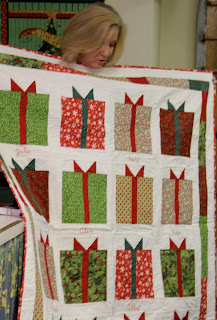 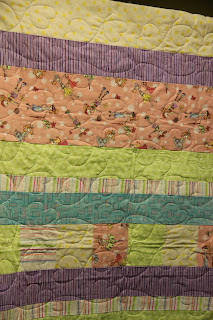 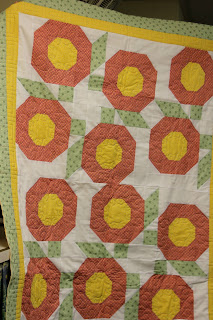 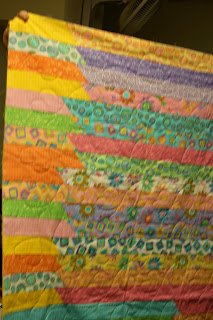